News from the Capitals #45 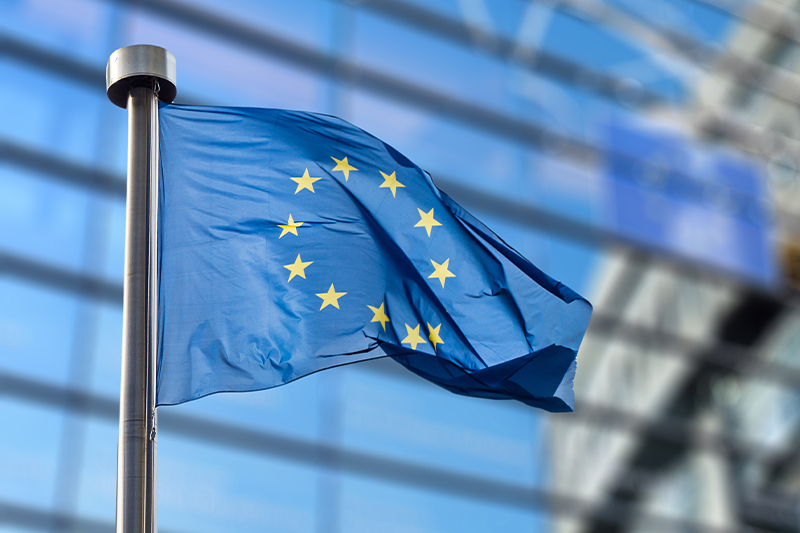 This week has been quite “crazy” in France. A few hours after our call, a serious incident took place at the “Assemblée Nationale”. During a question to the government, MP Carlos Martens Bilongo from the far left party mentioned the migrant boats crossing the Mediterranean Sea to reach Europe. During his intervention, he demonstrated the terrible conditions of the migrants on the ships but his sentence was cut off by a far-right deputy who shouted “let him go back to Africa”. This was a massive scandal as Bilongo is black. All the members of the Parliament asked for a suspension of the session and immediate sanctions against the far-right MP.

As you may have seen in your school lessons, the French language is complex and allows for certain ambiguities in the use of singular and plural forms. So to defend himself, the far-right MP said that he had used the plural form and therefore the sentence would be “Let them go back in Africa”. Of course, nobody believed him, not even in his party, and some MPs, by nature in solidarity with far-right ideas, were embarrassed. It was a media scandal and the President of the National Assembly and the other parliamentary presidents sanctioned the MP with a ban on entering the National Assembly and the reduction of his allowance by half. The sanction taken against the MP undermines the strategy of normalisation of the far-right group.

In parallel to this event, the social security financing bill should be adopted without any particular difficulties in the Senate, which is predominantly conservative. As a reminder, the bronchiolitis epidemic continues to worsen in France, with hospitals still full of patients and unable to cope. The Minister of Health declared on television that the public hospital is sick and needs to be overhauled to meet the needs of the French.

Emmanuel Macron is sowing doubt within his Government. He is testing his Government by leaving the doubt of a possible dissolution of the National Assembly. This week, ministers have either spoken in favor of the dissolution or opposed it, like Prime Minister Elisabeth Borne. In any case, the members of the majority are ready to return to the voters.

Belgian politics were dominated by a nation-wide general strike on Wednesday. Already in advance, there was much debate around the strike and it’s somewhat vague objectives. The trade unions publicly stated that the objective was to increase the loans of workers due to increased prices of products. However, how exactly this increase should be accomplished remained rather ambiguous. In addition, many economists anticipate that the heightening of loans worsens the situation on the long run rather than improving it.

Already on Tuesday evening, there were disruptions in public transport and chaos due to lots of persons traveling home before the strike. On the day itself, almost everything stood still:

In the dispute over the new unemployment benefits law, the successor to the Hartz IV law, the CDU/CSU has reiterated its opposition. Instead, Merz proposed to first increase the Hartz IV standard rates and to negotiate further on the other components of the law. The parliamentary group leader went on to say that the bill would “almost certainly” not find a majority in the Bundesrat. Representatives of the traffic light coalition, in turn, rejected Merz’s proposal and appealed to the CDU/CSU to abandon its rigid stance in the conflict. Labor Minister Hubertus Heil said, “When Hartz-IV was implemented, we had mass unemployment; today we’re talking about labor shortages.” Therefore, he said, a fundamental reform with “less bureaucracy, empowerment, qualification and reliable security” is needed. The Bundestag is expected to vote on the bill today, Thursday, Nov. 10, followed by the Bundesrat on Nov. 25. Approval in the Bundestag is considered certain due to the majority of the traffic light coalition. However, the necessary approval of the CDU- and CSU-led states in the Bundesrat is not yet foreseeable. In this case, the law would appeal to the Mediation Committee, and it would take some time, if at all, to find a compromise with the CDU/CSU-led states and also with the CDU/CSU parliamentary group. This would mean that the relief for those affected would not come until much later.

Yesterday was November 9, a very important day in Germany, when we commemorate not only the fall of the Berlin Wall in 1989 and the end of the socialist dictatorship but also the “Reichspogromnacht” in 1938, which marked the beginning of the consistent discrimination, persecution, and murder of Jews throughout Europe, in other words, the Holocaust. Therefore, I would like to draw attention to the Leipzig Authoritarianism Study 2022, which has just been published. The main findings are:

The Bundestag votes on Thursday 11 November on the so-called Triage Act. It is intended to prevent discrimination against disabled and elderly people in hospitals. The issue is how to proceed when there is only one free intensive care bed, but three patients are admitted at the same time. All patients are in such a condition that they have a chance of survival, provided they are treated. To whom should the last free bed be allocated? A law is now to lay down decision-making criteria for such an extreme situation of lack of intensive care treatment capacity.

The decision is to be made “only based on the current and short-term probability of survival” of the person concerned. Whether the patient will still be alive in ten years, on the other hand, must not play a role. Nor may age, gender, or disability play a role. However, the law also states that comorbidities, i.e. concomitant diseases, may be taken into account if they significantly reduce the short-term probability of survival.

Tragedy at the Border (revived)
The current and continuous scandal of the Melilla frontier wall with Morocco makes a comeback. As you probably heard (or not), this past weekend, a BBC Documentary was streamed internationally regarding this sad event that took place on the 24th of June and where 24 to almost 40 people lost their lives. Now after months of discussions, this sad affair, where 200 people assaulted the Melillan frontier wall and took for a surprise the only 10 Spanish officials patrolling the zone, is back again in the political debate.

The government was forced to release all the videos and materials (like investigation papers, reports, and official data), to share them with other political parties and NGOs. For the moment the official narrative of the government, which remains consistent, has not convinced the opposition leaders, what is clear, is that the migrant crisis is once again used as an electoral weapon and not as something that should be addressed urgently.

Transport Strikes, spark fears of a collapse in supplies at supermarkets (again…)
With the Christmas period just around the corner, the transport sector once again proposes to paralyze its activity to comply with the measures that they had already requested from the Government during the strike carried out in March of this year.
As announced by the Platform for the Defense of the Road Freight Transport Sector, the strike will begin next Monday, November 14, or more clearly, the same morning from Sunday to Monday. From there, everything is uncertain. The strike is announced to be indefinite, so we will have to wait to see how events unfold to know its duration.

The paralysis of the sector during the spring strike had an impact on the GDP, which is why many voices have been raised to ask that the strike not take place. At that time, the country faced a 20-day stoppage for these carriers, a situation that caused shortages in certain sectors.

Especially incisive has been the sector related to the food chain, which fears the return of conflict to roads, logistics centers, and ports.

Catalan scientists identify the cells that cause metastasis in colon cancer
Scientists at the Barcelona Institute for Research in Biomedicine (IRB) have managed to take what appears to be an important step in the fight against cancer by identifying the cells that cause metastasis in colon cancer in mice. The group, led by the Spanish biologist Eduard Batlle, has also discovered a way to combat them using genetic techniques, which could be applied before surgery. The finding is, very possibly, one of those that will mark the science of this year 2022. The work obtained is the result of basic science, still laboratory, not clinical; but it is strong enough to generate high hopes.

Health
Regarding the unvaccinated healthcare workers that have been put on mandatory leave since the beginning of the pandemic, on 4 November during an interview, the Greek Minister of Health, Thanos Plevris reinstated his position that “even if the pandemic passes, I do not want a person who does not believe in science to be in the National Health System”. However, the decision of the supreme court of Greece, which deemed the measure legal according to the constitution, is valid until the 31st of December, whereafter, according to the status of the pandemic, the court will reevaluate the decision. At the same time, however, the Greek healthcare system suffers from the lack of healthcare workers as many doctors and nurses are quitting due to burn-outs, shortages of medical equipment, and low salaries.

Internal Affairs
Last week the government launched the “household basket” initiative as a measure to alleviate the pressure posed by the increasing inflation on poorer households. In the context of this initiative, the government asked supermarkets to step up their efforts to decrease prices on everyday essential goods and announced fines for those who do not comply. Every week, a list of those products is published on a governmental platform where citizens can compare the prices of different products in various supermarket chains.

On another note, during an interview on 7 November, on Bloomberg, the Greek Prime Minister, Kyriakos Mitsotakis, denied again his involvement in the issue of the wiretapping of Members of the Parliament, journalists and businessmen. He highlighted that the surveillance issue is a European problem, not just a Greek one and that Greece “will be the first country in Europe, within the next month, which will ban all illegal malware that can be sold in Greece”.