News from the Capitals #48 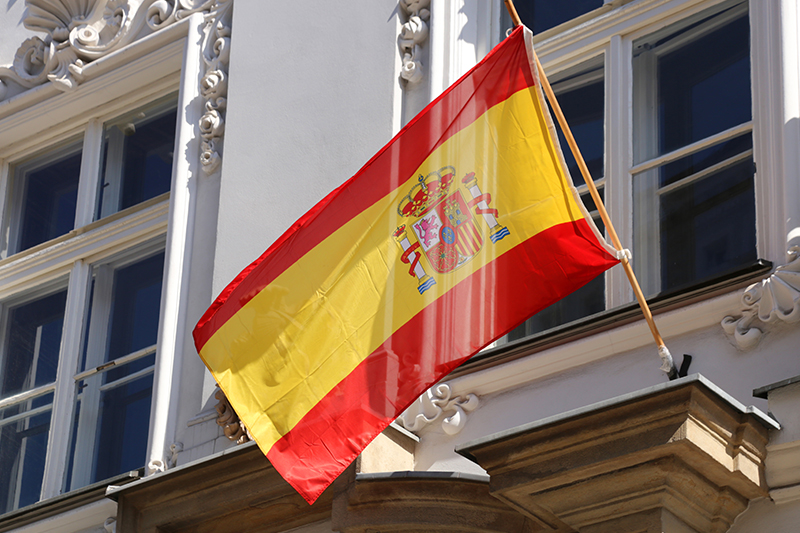 Emmanuel Macron announced on December 8th, free condoms for young people aged from 18 to 25 from January 1, 2023. This announcement was warmly welcomed by AIDS associations working on the subject for more than thirty years. However, the president was then challenged on Twitter by several personalities asking him to expand the age range to minors. Emmanuel responded with a video on social networks announcing that this measure will be extended to minors. Condoms will therefore be free for those under 25 in pharmacies in France. It should be remembered that condoms were already reimbursed by Social Security for those under 25. From now on, young people will not need to advance the money spent on pharmacies. This unprecedented measure continues the Government’s strategy of prevention against sexually transmitted diseases. Indeed, the number of sexually transmitted infections and diseases has been on the rise in recent years. The strategy to prevent sexually transmitted diseases is reflected in the recently adopted Social Security Financing Act by the expansion of reimbursements for STD testing.

At the same time, to deal with the shortage of antibiotics, the Government recommends that doctors prescribe only boxes of antibiotics to their patients on a unit basis. For several weeks, health professionals have been complaining of a lack of supply of amoxicillin and paracetamol. The production chain seems paralyzed, this situation has been widely criticized by the opposition which invites the government to facilitate French pharmaceutical companies to produce on the national territory.

The cost-of-living crisis and economic instability of the UK remain high on the agenda this week as the Government attempts to deal with several strikes across key public services. The Royal College of Nursing and its members will join with railway and postal workers and for the first time in its 100-year history, calling on the government to grant them a pay rise to match inflation. The nursing strike comes after the independent review board suggested just a 4% pay increase, well short of their requested 19% and following government reluctance to even engage in pay negotiations.

Many Trusts across the NHS will be operating at Christmas staffing levels and will struggle to keep up with the growing demands of the elective backlog and day-to-day care. Emergency and key services will be maintained throughout strike days by the RCN.

The last few days have been very turbulent in Germany. On December 7th, a nationwide police raid took place against an armed group of so called “Reichsbürger” (citizens of the Reich) and “Querdenker” (conspiracy theorists). They were suspected of planning a coup d’état. It is particularly explosive that among the 52 accused are former special forces soldiers, a former AfD MP, and a Berlin judge.

Investigators struck in the early hours of the morning when special police forces stormed the homes of the accused, executed 25 arrest warrants, and began extensive searches.
The Federal Prosecutor’s Office accuses the approximately 50 men and women of having founded a terrorist organization to eliminate the constitutional order of the Federal Republic of Germany and to establish a state modelled on the German Reich of 1871. Fortunately, the group did not get very far.

However, it is said they had planned to storm the Reichstag (parliament) building, create civil war-like conditions by attacking the electricity supply and depose the federal government in order to then take power. At the time of the “seizure of power”, persons are said to have already been selected for important ministerial posts. The evaluation of the seized evidence will now take some time.

Political Situation:
The Qatargate:
These days the theme that is monopolizing the pages of Italian newspapers is that concerning Qatargate, after the Vice-President of Parliament, Eva Kaili, was arrested a few names of Italian S&D area MEP started to come up, those of Antonio Panzeri and Francesco Giorgi, have been taken into custody for suspicion of corruption by UAE and Moroccan authorities.

According to the reconstruction of the investigators, the parliamentarians involved held leading roles in the Subcommittee for Human Rights (DROI), in which some important motions were being discussed to denounce the events that took place in the emirate during the World Championships currently underway, to the dynamics concerning the exploitation of foreign workers who have contributed significantly to the construction of stadiums and LGBTQ+ rights.
The prosecutor in charge of the investigations thinks that the money received from these parliamentarians was intended to try to soften the subcommittee’s judgments against Qatar, furthermore, the investigators suspect that the phenomenon is much more widespread than initially thought. The parliamentary assistants of some MEPs who have had relations with Antonio Panzeri, Francesco Giorgi, and Andrea Cozzolino are ongoing. For now, the names that are mentioned in the investigation documents are those of Eva Kaili, Maria Arena, the leader of the PD Brando Benifei, and Alessandra Moretti.

On the national front, the controversy regarding the MES and the rectification by the Italian government rages, and the Minister of Economy and Finance Giancarlo Giorgetti refuses to rectify it.

The Italian Government is among the last to have to ratify the controversial European Stability Mechanism (ESM), signed by all the countries of the Eurozone on 27 January 2021 and which should have entered into force in January 2022. The ratification process was completed by 17 out of 19 member states, together with Italy Germany was also missing in the ratification, but the German Constitutional Court gave the go-ahead for the ratification of the treaty, rejecting the appeal presented by seven liberal deputies.
ECB President Christine Lagarde called on the Italian Parliament to recognize the ESM, stating that it constitutes an important part of completing a true European Banking Union, adding that the relationship between the ESM and OMT – the ECB’s bond purchase program devised during the leadership of Mario Draghi requests a memorandum of understanding within the ESM to properly work.

Changes in the Spanish Penal Code
The Congress of Deputies has approved the reform of the law that abolishes the crime of sedition and creates in its place of the crime of ‘aggravated public disorder’. This change in our penal code will result in the lowering of the sentences of Catalan pro-independence politicians and leaders who in 2017 promoted an independence referendum. At that time, nine of them were sentenced to sentences of between 9 and 13 years that will be lowered if the reform is finally approved in the Senate. The opposition has accused Sanchez of carrying out this reform to have the support of the Catalan pro-independence parties to approve the budgets, while the government assures that it is a way to update this crime and is aligning our penal code with that of other European countries.

The most expensive Christmas dinner in history
This year Spanish people are going to digest Christmas lunches and dinners marked by inflation, probably the most expensive in a long time. The typical products of a Christmas basket have risen by 12.45% overall, although they could become up to 10% more expensive in the final stretch before the key dates of the holidays.

Strike in the Madrid’s Primary Care
Primary care physicians in the capital have entered their four week of strike this Monday to denounce the lack of staff in the service as well as the lack of time to devote to each of the patients.
Four weeks into the strike, and with no progress in the negotiations with the government of Isabel Díaz Ayuso, they have decided to lock themselves in overnight. This has been done by the strike committee at the headquarters of the Ministry of Health, and by doctors from different health centers throughout the Community.

In the meantime, the government assures that it is a way to update this crime and is aligning our penal code with that of other European countries.

Silent night, the holy night before the Christmas break? Not in Belgian politics! With only a few days left in 2022, the country experienced one of the shakiest weeks of the year (maybe even the decade), with an astonishing three political scandals happening in parallel, at all levels of Belgian political infrastructure:

The ongoing reveals becoming known about the corruption scandal nicknamed Qatargate led to multiple raids of the European Parliament with more than 1,5 million Euros in cash being secured inside the building and the private homes of former deputies and assistants. The highest political figure of the alleged corruption affaire, now former Vice-President of the EP Eva Kaili was foreseen to be heard at court on Wednesday – but could not get there, due to a strike from the prion’s security personal where she is being held. Two Belgian socialist MEPs are suspected to be also related to the corruption scandal.

At the Belgian national level, liberal prime minister Alexander De Croo faces allegations of having lied to parliament regarding the household budget. WhatsApp-Gate, as it has been named, started when De Croo gave his then-budget secretary, Eva De Bleeker, the green light for her draft budget through the messenger service. However, this draft had to be withdrawn because of miscalculations and cost De Bleeker her office. Since the publication of the chat messages, the federal opposition has accused the prime minister of lying to parliament. The Prime Minister denied this before the House’s Home Affairs Committee on Wednesday, but the affair is likely to make its way into the new year as well.

Lastly, the regional parliament of Wallonia in Namur also had its fair share of upheaval: In the affair about a completely overpriced business trip of members of the Walloon parliament, socialist president of parliament Jean-Claude Marcourt announced his resignation under the condition that the entire bureau of parliament would step down as well. Like Qatargate, the start of this nightmare for the socialists began as well on the Arabian peninsula: With an overpriced luxury business trip for representatives of the Walloon parliament to Dubai. Considering the exploding expenses of the Waloon Parliament, pressure mounted leading to the resignation of Marcourt and his peers.

Three parliaments, three scandals, and three bitter disappointments for the already trembling fate Belgians have in the political accountability of their should-be representatives. What a way to end the year!

Health
During the Councill of Health Ministers of the EU, on 9 December, the Minister of Health Thanos Plevris argued, among other things, that the changes in the EU pharmaceutical legislation are imperative to ensure universal access to new medicines for all European citizens and at low prices for the member states. In this regard, research-motivated innovation should be supported, while at the same time, the EU should also strengthen the European pharmaceutical industry which ensures Europe’s autonomy and its independence from third countries.

Politics
The Qatargate scandal that shook the European Union in early December is currently at the epicenter of Greek politics due to the involvement of the Greek Vice-President of the European Parliament, Eva Kaili. The arrest, of the now ex-vice President of the EP, forced Nikos Androulakis, also MEP and leader of the opposition Socialist Party PASOK-KINAL, to expel Ms. Kaili from the party, noting that for a long time she has been acting as a “Trojan Horse” of the right-wing ruling party New Democracy.