News from the Capitals #47 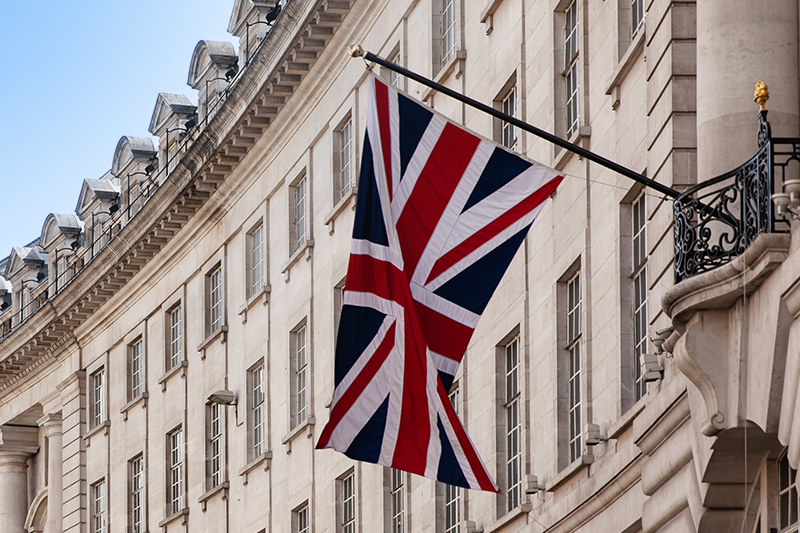 In France, only about thirty deputies voted against this bill, most of them from the far right. Several of these deputies wanted to modify the text with amendments that had nothing to do with the main subject (national preference, restriction of immigration, and return to the single seven-year term for the President of the Republic).

The text must now be adopted in the same proportions in the Senate. As a reminder, the Senate (with a conservative majority) rejected a bill providing for abortion in the Constitution a few weeks ago. But this time the upper house would be forced to adopt the text if it does not want to lose popularity and go against societal demands.

The constitutional revisions were promised during the presidential campaign by Emmanuel Macron. This first constitutional bill from Parliament could be the first of the president’s second five-year term. Others are to be expected, such as reducing the number of parliamentarians in both chambers, strengthening the autonomy of the regions, and introducing proportional representation in legislative elections.

Last week, Chancellor Jeremy Hunt set out the highly anticipated Autumn Budget announcement, laying out the government’s funding commitments for the medium term in an attempt to minimise and reverse the impact of the previous budget published under Liz Truss. Hunt’s fiscal plan will send the tax burden to its highest level since World War II, with cuts to several key services expected to align with the funding announcements.

For health, Hunt announced additional funding of £3.3 billion in each of the next 2 years to support the NHS in England in response to the significant financial pressures it faces and enabling rapid action to improve emergency, elective, and primary care performance, as well as ensuring the R&D funding will be retained. Hunt also announced that a fully funded workforce plan will be published for the next 5, 10, and 15 years.

While the focus over the past couple of weeks has been on the Autumn Budget, the government continues to deal with criticism leveled at both Suella Braverman and Dominic Raab over concerns about their behaviour and their competency as Ministers. Rishi Sunak has chosen to stick by both, though pressure has continued to grow as several civil servants prepare to put in complaints about Raab’s bullying behaviour. This threatens to derail Sunak’s leadership, only compounded within the Conservative party after reports suggested Sunak and Hunt have placed Britain on course for a Swiss-style relationship with the EU over the next decade, an unpopular position amongst the Brexiteers within the party.

On Wednesday, the opposition reached a compromise on the new Unemployment benefit Act with the traffic light parties in the mediation committee of the Bundestag and Bundesrat. This means that the successor to Hartz IV can be passed in both chambers this week. Federal Labour Minister Hubertus Heil, SPD, spoke of the biggest social reform in two decades. Johannes Vogel, deputy leader of the FDP, called the new regulations “good news” because more generous rules on additional income will make it more worthwhile for those affected. Britta Haßelmann CO-leader of the Green parliamentary group said that the Unemployment benefit Act would also be in the interest of the economy and the trades, which are often desperate for workers. For the CDU/CSU it was important to strike a balance between promotion and demand. Friedrich Merz, head of the CDU/CSU parliamentary group spoke of an “acceptable compromise”. He assumes that the CDU/CSU parliamentary group and the state governments with CDU/CSU participation will approve the Act. Criticism came from the Left Party. It rejected the compromise and believed that Hartz IV has simply been renamed. The CDU/CSU had made the inadequate reform even worse.
The Unemployment benefit Act is to be introduced on 1 January 2023. It will increase the standard rate for an adult by about 50 euros a month. The CDU and CSU have succeeded in ensuring that sanctions can continue to be imposed on the unemployed who violate their duty to cooperate. In the future, the job centers are to give priority to improving the chances of the unemployed by promoting further training or the acquisition of vocational qualifications. The initial waiting period, during which savings of up to 40,000 euros are protected, is one year. The opportunities to earn additional income are improved. Trainees as well as students from families receiving the unemployment benefit will be able to keep significantly more of their self-earned money than before in the Hartz IV system.

It is once again budget week in the Bundestag – and in addition to many individual budgets of the ministries, the first item is traditionally used for an exchange of blows between the head of government and the opposition. This week, during the so-called, general debate in the German parliament chancellor Olaf Scholz and opposition leader Friedrich Merz had a comparatively unexcited debate. Merz started his debate on war crimes in Ukraine. His first critical and spontaneous side blow was against the AfD parliamentary group. Normally, the leader of the opposition likes to present himself as a competent substitute chancellor in such debates. But on this day, he remained undecided. At times he praised the chancellor for his “turning point” speech in February. Then again, he accused him of having missed the chance to rebuild the country at the beginning of his term in office. In addition, he criticized Scholz for not making progress in transforming the Bundeswehr. Despite taking out a special loan of 100 billion euros, there are still no new procurement projects. What Merz himself would concretely do differently, however, he did not bring up.

The incumbent chancellor countered calmly and renewed his pledge that the traffic lights coalition “want to and will” increase defense spending to two percent of economic output. He worked through Merz’s accusations at great length. At times, however, Scholz’s appearance seemed more like a justification and PR statement for his traffic light coalition, be it about Europe or public transport. It was not a real exchange of blows between Merz and Scholz. However, it must be said that just the day before, the government and the opposition had reached a compromise on the planned unemployment benefit.

The Spanish Congress approves the 2023 General State Budget.
The draft of the General State Budget Law of 2023 has been approved on the 24th of November in the Congress of Deputies by a comfortable majority. Political parties close to the government have highlighted Its capacity for dialogue and the high parliamentary support for its economic and social policy represented by some accounts made for the social majority of the country. Nevertheless, this remains a controversial issue, as the budgets have been approved thanks to the support of Independent Vaque and Catalan groups, sparking social debate.

Specifically, the 2023 General State Budgets presented by the Ministry of Finance and Public Function have received the support of ten political formations (PSOE, Unidas Podemos, ERC, PNV, Bildu, PDeCAT, Más País, Coalición Canaria, Compromís and PRC) and will now continue its process in the Senate.
The objective is for the public accounts to be approved on time and, therefore, to enter into force on January 1 for the third consecutive year, something that has not happened since the middle of the last decade.

The approval of the accounts in the Congress of Deputies takes place a few days after the European Commission has given its endorsement to the Government’s Budget Plan, highlighting its prudent nature and considering that both growth forecasts and deficit and debt forecasts are in line with those expressed by the community authorities.

The scandal of the ‘Solo SI es SI’ (Only YES is YES) law.
Last October 7, the only yes is yes law for the Guarantee of Sexual Freedom came into force in Spain.

The law responds to a demand of the feminist movement after the sentence issued in the case of La Manada. La Manada was a multiple rape case judged as sexual abuse instead as sexual aggression, although there was no consent from the victim, because, supposedly, there was an absence of violence or intimidation.

As a result, the new law approved unifies the crimes of abuse and aggression, previously different in our criminal code, claiming that even if there is no violence or intimidation, if there is no consent, we are also facing aggression.
Among the changes in the law, the minimum penalties for aggression were lowered, which has resulted in many convicted aggressors appealing to reduce their sentences based on the principle of ‘retroactivity of the most favorable criminal law’, and actual cases of sentence reduction of convicted aggressors.

This has resulted in a big scandal and a wave of political reproaches against the Minister of Equality, Irene Montero, that has feminism and zero tolerance for aggression as the hallmark of her policies. Sexist and degrading comments against her have been issued against her in the debates in Congress by certain right-wing sectors.

Health
To further tackle the problem of lack of medicines, the Ministry of Health instructed the National Medicines Organization (EOF) to check 5 multinational companies that are allegedly importing smaller quantities of essential medicines into Greek territory than required to cover the needs of the population. The Ministry warned that if this is indeed the case, it will impose the most severe penalties on these companies.

On 24/11 the Greek Supreme Court (ΣΤΕ) ruled that the regulation in question to extend the mandatory vaccination of health workers until the end of the year is unconstitutional because the competent services should have, as defined, re-evaluated the necessity of the measure. In the announcement of the ruling, the Greek Health Minister, Thanos Plevris, who is against the return of unvaccinated healthcare workers in the national healthcare system, said that “We will wait for the final publication of the decision to assess it in its entirety. We assure the citizens that all necessary measures will be taken to ensure that public health is not endangered by the implementation of the decision”.