News from the Capitals #46 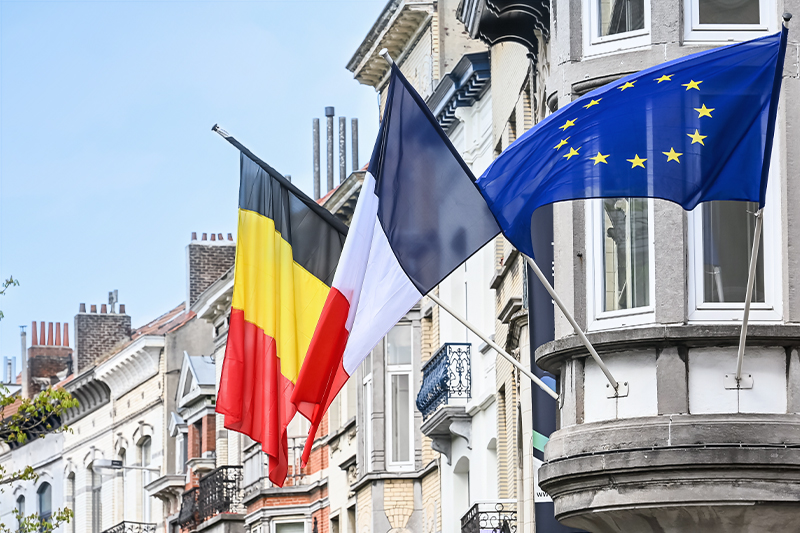 Firstly, the Senate adopted PLFSS 2023 on the first reading on Tuesday 15 November (193 votes in favour, 102 against), the joint committee was unable to reconcile the Senate’s version of PLFSS 2023 with that of the Assembly.

Several points have been raised:

For all these reasons, the text will therefore return to the National Assembly, where it will be debated again starting next Monday. The 49.3 is expected to be used again by the Prime Minister. At the same time, the 2023 Finance Bill opens a new phase in the relationship between the State and local authorities in a volatile parliamentary context.

Secondly, there is an epidemic of bronchitis in France. Hospitalizations for bronchiolitis “represent for the second consecutive week half of the hospitalizations following a visit to the emergency room in children under two years of age” in metropolitan France, said the health agency in its weekly report. This is a worrying subject that is much discussed in France

Thirdly, the elected representatives of Marine Le Pen wanted to position themselves mainly on the presidency of the group for the fight against anti-Semitism and the human immunodeficiency virus AIDS. two very strong symbols for the party, which is trying to stabilize itself since its return in force to the National Assembly with 89 deputies last June. The political pressure was too strong, after the strong criticism from the left but also from the presidential majority. The “Renaissance” group finally gets the head of the anti-Semitism and AIDS study group because the outgoing presidencies have priority to extend their mandate. However, the RN will chair several of them, such as the one on the economy, digital security and sovereignty, the Francophonie, and the defense industry.

The new unemployment benefits act (Bürgergeld) did not prevail in the decisive vote in the Bundesrat on Monday. Several federal states led by or participating in the CDU/CSU voted against it or abstained. The mediation committee is now to find a solution by the end of November – otherwise, the unemployment benefits act, with which the federal government wants to replace the Hartz IV system, threatens to fail.

The FDP has again signaled a possible compromise between the traffic light coalition and the CDU/CSU. However, it ruled out raising the amounts of today’s Hartz IV rates alone, as the CDU/CSU leadership had demanded. This would reduce the incentive to take up work. Instead, the coalition wants to use the citizen’s income to create additional incentives to work in education and training as well as in part-time work. The CDU/CSU parliamentary group continues to insist on the abandonment of the “confidence protection period”. “There must be no doubt that sanctions can be imposed from the beginning.” The Child Protection League criticized the CDU/CSU-led states for blocking the unemployment benefits act. Families are particularly hard hit by the current crisis, it said.

The federal budget for 2023 is fixed. After tough negotiations, it is clear what the federal government will spend money on next year. The debt break is also to be adhered to. The federal budget for 2023 now provides for spending of around 476.3 billion euros – even more than originally estimated by Finance Minister Christian Lindner (FDP). The federal government is taking out loans amounting to 45.6 billion euros. The Bundestag is expected to give final approval to the draft budget in the session week from 22 to 25 November. A lot of money will go into relieving the burden on citizens and the economy gave the high energy prices. Among other things, taxes will be lowered for 48 million people. In addition, there will be a housing allowance reform and a heating allowance for the needy. Furthermore, child benefits will be increased.

The federal states of Baden-Württemberg, Hessen, Bavaria, and Schleswig-Holstein have decided to lift the general isolation obligation for Covid infected persons as of 16 November. The reason for this is that the Covid infection figures are declining and the basic immunity in the population is 90 percent. However, there are recommendations for all those infected. In these federal states, new regulations are to come into force “promptly”; the details are currently being worked out. In their place, the states will introduce adapted mandatory protective measures such as a limited mask requirement for people who test positive, as well as urgent recommendations. Federal Health Minister Karl Lauterbach criticized the announcement of the four federal states. It would lead to a patchwork of different regulations in Germany. He also said that there was no medical reason to dispense with the obligation to isolate. The German Foundation for Patient Protection also spoke out against the abolition. The compulsory isolation would prevent the unhindered spread of the virus.

Political Situation:
The new government has started the legislature by restricting liberties and by opposing the access of two NGO boats blocked in the Mediterranean with migrants on board.

Meloni’s government has different problems that need the attention government, an example is that of the energy costs both for families and SMEs – but instead of intervening here, they have already focused their attention on others, less relevant problems related to public order. The “Casus Belli” was one of a Rave party near Bologna for which the Minister of Internal Affairs has proposed a new law condemning this kind of illegal event with a maximum of 6 years in jail.

Healthcare news:
The new Minister of Health has decided to reintegrate the medical staff that was suspended for their anti-vax positions, and it decided to cancel the obligation to wear masks inside the Hospitals.

Orazio Schillaci, the newly appointed Minister of Health, has decided to bring the rules to fight Covid-19 to an end before the natural expiration of the regimentations set during the pandemic. This decision was widely contrasted by different experts, both in the ISS and other important scientific institutions. Now, the Ministry has decided to let the regions decide if they should continue to be wearing masks inside the hospital structure or not, as well as where the anti-vax medical staff should be reintegrated. This decision wasn’t well accepted by most of the regions because this should be a competency of the government.

On Thursday, 10 November, a 29-year-old policeman was murdered in a knife attack in the Brussels quarter of Schaerbeek, with his colleague being severely wounded. The wounded colleague could meanwhile leave the hospital. The aggressor, a former prison inmate, has been a known figure to the Belgian anti-terror agency Ocam, thus a terrorist background on the attack can’t be dismissed. He was hit by several bullets from intervening policemen and has been taken to hospital.

On the morning before the attack, the aggressor appeared at the Police Station of Evere, asking for psychological support to cope with his hatred for the Police. He was brought to a psychological Institution, where he waited in the waiting area until the early afternoon when he left.

The attack has caused quite some political stir in Belgium:
Minister of Justice Vincent van Quickenborne requested better coordination between institutions, among them police services, hospitals, and the secret service,…

Minister of the Interior Annelies Verlinden wrote an open Letter to the Public, expressing her gratitude and appreciation For the service of the Police.

Health
Answering a parliamentary question on 14/11, about shortages in the pharmaceutical sector, the Greek Minister of Health Thanos Plevris highlighted that the problem indeed persists in Greece. However due to the absence of raw materials and the rise of inflation that this time the problem of adequacy is primarily found in low-value drugs and is not primarily found in high-cost drugs which used to happen before. To address the issue, the government has imposed an export ban since last March, on 79 drugs. Based on the adequacy of the pharmacies and with updates from the Panhellenic Pharmaceutical Association, the Association has been banning the circulation and export of the products mentioned in the list.