News from the Capitals #51 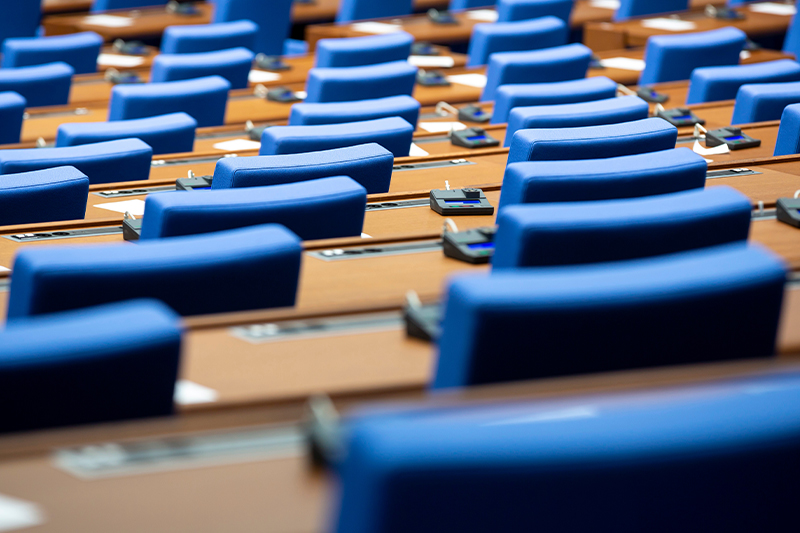 Health professions: Two general inspections call for changes in nurses’ skills
After a report on advanced practice and nursing specialties, the General Inspectorate of Social Affairs of Higher Education looked at the so-called “core” profession (the nursing profession). To change the field of competence of these professionals, the inspectors are aware that two points” will necessarily have to be resolved:

Among its 20 recommendations, the report also looks at remuneration, as well as access to and content of training, pointing out that the field of competence is not the only lever for the attractiveness of the profession.

Pension reform: All major French unions call for January 19 strike
All the major labor unions have called for a joint demonstration to prevent any increase in the minimum retirement age. The unions have already planned to meet with youth organizations to extend the campaign and agree on other initiatives. More than 12 years after the last multi-union campaign against the pension reform of Nicolas Sarkozy, raising the minimum retirement age from 60 to 62, all the major unions are expressing their disagreement with the government’s plan to push back the minimum retirement age to 64 and to accelerate the Touraine reform, which provides for the extension of the required contribution period to 43 years by 2035.

Government response to growing NHS strikes: the anti-strike legislation
Thousands of NHS staff, including 10,000 ambulance workers, paramedics, and emergency care assistants, continue to strike across England amid disagreements with the government on NHS pay rise. The strikes have been vastly delaying the already stretched NHS services, particularly impacted are patients seeking emergent care, primary care, and cancer treatments. One patient diagnosed with ovarian cancer back in 2016 was due to have it surgically removed in December 2022. However, due to strikes, this was cancelled without reasoning or any further operation dates offered. The same patient spoke up about her serious seizure in early January, where emergency care was unreachable and no ambulance arrived at her rescue. The nurse strikes are expected to double within the next month, resulting in serious numbers of ‘avoidable deaths’, as the Tory government remains divided on how to respond to the pay demands of NHS people.

Due to the serious damage caused to the national healthcare services, the government has introduced an anti-strike legislation on January 10, which if passed will restrict union members right to strike. The action has been deemed ‘shameful’ by several Conservative MPs and many unions have described the anti-strike legislation ‘authoritarian’ and an attack to ‘fundamental human rights’.

Only weeks later Sunak’s five big promises, one of which was improving NHS services, the embedded problems of healthcare continue to resurface. Looking forward is the local elections in May 2023, which could bring in a completely new political picture in England and the devolved nations.

The SPD politician had been in office for 13 months but had long been controversial. Critics accused her, for example, of the sluggish start to procurement for the Bundeswehr and a lack of expertise, but her appearance in public was also repeatedly criticized. A photo of her son traveling in a Bundeswehr helicopter made negative headlines. Most recently, Lambrecht caused irritation with a New Year’s message posted on Instagram in which she spoke about the war in Ukraine, accompanied by New Year’s Eve fireworks.

In recent days, several names have been mentioned as possible successors to Lambrecht, including Chancellor’s Office chief Wolfgang Schmidt, SPD leader Lars Klingbeil, and defense commissioner Eva Högl. Now, however, Lower Saxony’s Interior Minister Boris Pistorius will be the new federal defense minister. On Thursday, Pistorius is to receive his certificate of appointment from the German president and take his oath of office in the German Bundestag. Scholz described the 62-year-old as an “outstanding politician in our country.”

Pistorius now faces a cold start at the ministry; as early as Thursday, he must welcome U.S. Defense Secretary Lloyd Austin to Berlin. It remains to be seen in the coming months whether Boris Pistorius cuts a better figure in the office than his predecessor.

Political Situation:
Messina Denaro, one of the most important bosses of the Sicilian Mafia finally got arrested on 16 January.

Messina Denaro, one of the last prominent bosses of the Sicilian mafia, was captured by the Anti-Mafia Directorate of Palermo after thirty years on the run. He was found at a private clinic in Trapani, where he was receiving treatment for a tumor. Denaro, who is wanted for multiple murders, including that of Judge Borsellino, was immediately placed under arrest and will be held in a special prison under the 41-bis prison system, which is considered the harshest in Europe. He will be tried for his crimes and the authorities will also investigate possible ties between the mafia and subversive elements within the state during the period of the mafia wars in the 80s and 90s.

Ministry of Health, Schillaci calls the former undersecretary Andrea Costa as an expert for NRRP – Recovery Fund implementation in the healthcare settings:
Andrea Costa, former Undersecretary for Health under the Draghi government, has been appointed by Minister of Health Orazio Schillaci as an expert in implementing strategies for the National Recovery and Resilience Plan (NRRP) – Mission 6 Health. Specifically, Costa will focus on interventions at a territorial level, particularly those related to Community Houses and the reorganization of healthcare at the local level. However, there is concern about whether regions will be able to establish and carry out projects outlined in the NRRP due to a shortage of medical professionals with the necessary skills to develop these projects.

Moving forward to the Lombardy Region elections, what are the balances and line-ups on the field?
Elections in Lombardy are approaching, and they are significant not only for the citizens of Lombardy but for the entire country. In the past, Lombardy has been a bellwether for political trends and shifts. On one hand, the Lega party led by Attilio Fontana is facing competition from its ally, Fratelli d’Italia, which has gained support following the election of Giorgia Meloni as Prime Minister. Many voters who previously supported the Lega are now turning to Fratelli d’Italia. The handling of the pandemic by Fontana and his Health Councilor, Gallera, is still a fresh memory for citizens, and Fontana is being held accountable for the decisions made during that time. On the left, the candidate Pierfrancesco Majorino, a former councillor for social policies of the Municipality of Milan and a European Parliamentarian under the S&D, has managed to unite the PD and M5S to ally in an attempt to challenge the right-wing dominance in Lombardy that has lasted for over thirty years. Closing the list of candidates there is the one sustained by Azione and Italia Viva, Letizia Moratti, she has been an important institutional figure in the last 20 years, first Minister of School and then Major of Milan, she resigned recently from the role of Health Councilor of the Region where she had open issues against Pres. Fontana.

Mission-Abort:
The PSOE Secretary General of Castilla y León announced this Wednesday that it would be willing to allow a lone government of the PP in this community during the legislature if it first breaks their pact with Vox.

He made this offer after the situation in Castilla y León considering the health protocol called ‘pro-life’ by Vox, which has led the Government to make a request to the Junta and to Fernández Mañueco (president of the autonomous community) to respond both through an Institutional Declaration and by letter to the Government to clarify the absence of changes in the attention to pregnant women in the Community.

The initiative that Vox wanted to punt in place, made it mandatory for doctors to make women hear the baby’s heartbeat when considering an abortion. As you might expect, these changes in the protocol were not taken enthusiastically by doctors and public opinion overall.

Political Barometer
The Sociological Investigation Center (CIS) has published the results of its last survey analyzing voters’ intentions for the upcoming 2023 election.

The survey was prepared from 3,961 telephone interviews in 1,028 municipalities between January 2 and 12, in full “hangover” of many controversial political issues that have appeared in the last month.

New Social Services Law:
The Council of Ministers approved this Tuesday the preliminary draft of the new social services law, the embryo of what will be the first state regulation on this matter in their history. The last word will continue, as up to now, in the hands of the autonomous communities, but the law will serve to establish a common framework of services and, also, some minimum precepts that all regions must comply with. Among them, they will be obliged to provide social services that all citizens define as essential, regardless of the time they have been registered.

What was approved this Tuesday is only a first step since the draft law must pass through the Council of Ministers again in a few weeks and, subsequently, face its parliamentary process in Congress. Once it receives the green light from the legislature, in addition, the communities and the Ministry of Social Rights must agree on which social services are considered essential, which will serve precisely to define the catalogue of benefits that all regions will be obliged to guarantee and that they will not be able to deny to any citizen.

Belgium discusses response to narco-crimes in Antwerp
Following last week’s tragic death of an eleven-year-old girl due to drug criminality in Antwerp, Belgian politics has been shaped by a great variety of proposed responses to the issue:

Flemish minister wants to cut financial support for non-felmish-speaking families
Flemish minister of education, Ben Weyts, stirred quite some controversy this week. The right-wing N-VA politician suggested cuts in the state-subsidised child benefits if another language than Flemish is spoken at home. His centrist coalition partners CD&V and Open VLD reacted stunned and irritated by the proposal, which received praise from the extreme right Vlaams Belang.

Record-breaking number of Belgians calling in sick at work in 2022
At no year in history, more Belgians called in sick at work than in 2022. On average, every Belgian worker missed seven and a half days due to sick leave. These numbers confirm a longer-term trend toward increasing numbers of sick leave days. But, there might be a logical explanation for this phenomenon: Having learnt the ‘COVID-Lesson’, employees stay at home quicker now to avoid infecting co-workers. Furthermore, young parents seem to be disproportionately affected, suggesting that the multiple usual children diseases also have an impact on their working parents.

Critical shortages of medicines in Belgian pharmacies
During the last month, a total of 380 medications were unavailable in Belgium, making up a share of 4% of the nation’s total. Among the affected products were antibiotics, as well as fever-reducing and sickness-threatening remedies.

The reasons for this shortage are manifold, ranging from increased demand to difficulties in the production and transportation of medicines.

Flu vaccinations on all time high in Wallonia
During this flu year’s season, half a million influenza vaccinations have been administered in Wallonia, with 75% of the share going to people aged 65 or above. This meets the number of total administrations in the two previous influenza seasons.

Prepared for the challenges of the future
On 17 January, during an event on the Migration and Internal Affairs Funds Prime Minister Mr. Mitsotakis referred to the policy of Athens to deal with the refugee-immigration question. Mr. Mitsotakis, among other things, remarked that “Greece keeps the eastern national and European borders safe against the illegal flows and against the wretched traffickers of lives and hopes ». Additionally, European Commission Deputy Director-General for Migration and Home Affairs Beate Gminder noted that Greece “is at the forefront having recorded significant progress with our own support and the support of the United Nations in many areas”.